How do we acknowledge Kentucky’s contentious archaeological resources?

Development projects are a recurring feature of modern life, but not one that is new. Development often has tremendous impacts on human-environmental relationships and socio-economic dynamics, with implications for social justice. Development is the bane of and reason for so much of the archaeology that occurs within Kentucky and the nation. In terms of its impact on western Kentucky communities and the legacy of bureaucratic decisions, no other land transaction since the early nineteenth century “creation” of the Jackson Purchase Area was arguably more contentious than the creation of the LBL (Land between the Lakes). It resulted in the evacuation of households, family farms, businesses, and whole communities.  The incremental creation of Kentucky Lake, Lake Barkley, and the LBL from the impoundments of the Tennessee and Cumberland rivers still evokes raw sentiments in the region that was once, and out of resistance, sometimes still referred to as “Between the Rivers.” Many locations that were once homesteads, Civil War sites, and businesses now lie below the lake waters. Many do not. Towering iron furnaces still dot the landscape. There are roads to nowhere. Cement stairwells sit like small islands in the woods. These and other physical features are ghostly reminders of the region’s former cultural and industrial landscape.

For many archaeologists who visit the LBL, these remnant features might reflect an intriguing opportunity to understand nineteenth century industry, town organization, site abandonment processes, or other factors. Admittedly, this is how I first perceived them. For others, including many of my Murray State (MSU) students, the perception may be very different. Because so many of our students at MSU are from the immediate service region, many are from families who were directly impacted by development-related dislocation. Those abandoned towns, stairwells, and roads may have family stories attached—stories that are still told by grandparents, aunts and uncles, or family friends. Although the mostly 18–22 year olds that I teach have no memory or immediate experience of dislocation, many know that emotions still run high among “old-timers” who lived through the process.

This digression into the history of the LBL serves to remind me that there are many ways of engaging students and the public. In the context of archaeology education, it may be through a field activity, such as surveying a recently plowed soybean field as a way of instructing them in pedestrian reconnaissance techniques to reveal the material footprints of archival research projects. At other times, it may be through shovel testing an early frontier homestead that was occupied until LBL relocation. Engagement may also be through directly facilitating a descendant community’s access to a shared, remembered history. “Cultural stewardship” is central to our professional psyche, for good reason. Archaeologists have seen, first hand, the destructive outcomes of poor stewardship or outright vandalism.

But, what is our response when reaction to history, memorialized in a particular resource, is negative? Today, debates are frequent about how communities, states, and the nation treat Confederate monuments that were, in many instances, created after the historical events or persons they commemorate. While we can point out the record of agendas (e.g., response to Jim Crow laws) that resulted in their construction, what about the monuments to past actions that were not emplaced after the fact, but that are reminders of real, experienced, dark chapters in our nation’s heritage? These dark chapters are not confined to slavery and the relocation of native populations from their eastern homelands. They may be many and varied. How do we communicate resource stewardship in ways that do justice to the larger public, to constituents, to the professional community, and the resource?

In an era of development, how we recognize the diverse forms of resource engagement are seemingly becoming more complicated. There are also a multitude of ways that the different citizens of the commonwealth may perceive of and value its archaeological heritage. Do we as archaeologists sufficiently acknowledge these perspectives? How do we do so responsibly (e.g., with resource preservation in mind)—and who is that responsibility to?

For additional information on Land Between the Lakes, please refer to 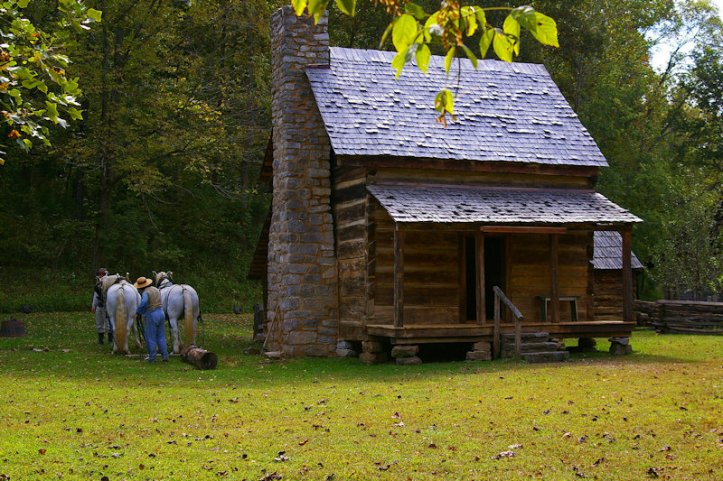 Join 61 other followers
Follow 30 Days of Kentucky Archaeology on WordPress.com