Did you know during the 18th and early 19th century Kentucky was the 3rd largest producer of iron in the country? The first iron making operation in Kentucky began in 1791 with Bourbon Iron Works – before Kentucky was a state!

Kentucky’s historic iron furnaces (Fig.1) produced raw material for the manufacture of basic household goods like kettles, construction supplies like nails and hand tools, and industrial parts like train wheels.  But the Kentucky iron industry is also renowned for supplying munitions used in the War of 1812, which repulsed the British Empire once and for all.  Another highlight of the industry was the Red River Iron Works, with an ostentatiously-designed dual-stack furnace at Fitchburg, which was technologically advanced for its time.  Kentucky continued to be a significant iron producer until the late-1800s when it was overshadowed by cheaper and more efficient production in other regions.  Below, the Kentucky iron industry is examined with two examples of furnaces from eastern Kentucky – one from the early 1800s (Bourbon) and one from the late 1800s (Fitchburg). 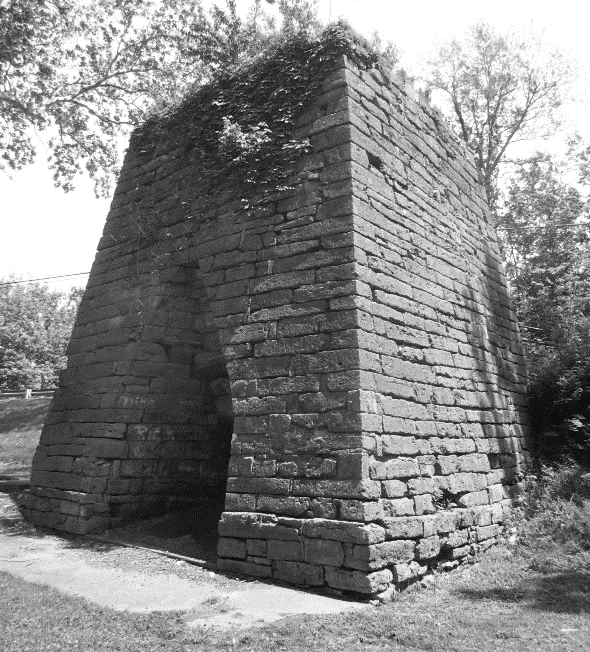 Bourbon Iron Works represents the first industrial iron-producing complex in Kentucky.  It was built only 17 years after the first permanent European settlements were established at Boonesborough and Harrodsburg.  Iron production at Bourbon Works was centered on Slate Furnace – a semi-pyramidal-shaped structure of a dry-laid sandstone blocks (Fig. 2). A mixture of iron ore, limestone, and charcoal were loaded into the top of the furnace which was heated to extract pure iron from the ore.  All of these raw materials had to be extracted locally and transported to the furnace.

An important aspect of early iron furnaces is mechanism called a bellows, which forced air into the furnace to raise the firing temperature enough to melt the raw materials inside (Fig. 3).  The bellows at Slate Furnace, like most early furnaces, was powered by a water wheel from Slate Creek.  If the water level was too low, the furnace could not produce iron.  In front of the furnace would have been a large wooden shed with casting molds.  When the furnace was in operation, liquefied iron was released from the base into large sand molds on the floor of the casting shed.  When cooled, the raw iron bars were transported to local forges on carts or on flatboats when water levels were sufficient.  The only part of the operation remaining today is the sandstone furnace structure itself. 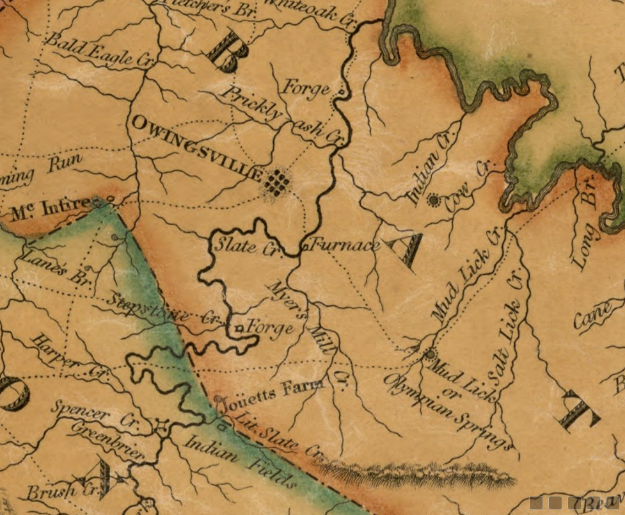 Fig. 4.  1818 Munsell and Anderson Map showing location of Slate Furnace and two forges that made up Bourbon Ironworks.  Map from Library of Congress, Washington, DC.

This 1818 map shown above (Fig. 4) was produced less than 25 years after Kentucky became a state and shows how the area between Mount Sterling and Owingsville was largely an unsettled landscape.  The Bourbon Ironworks and the slightly later Clay City Iron Works are shown.  Notable are the forges associated with each furnace; you can see that two were located near each furnace and transformed the raw iron into a variety of industrial and consumer goods.

One question that you might be wondering is:  “If we have so much information about the furnaces, then what can archaeology really tell us we don’t already know?”.  Well, information about iron production might be fairly well-documented, but we know relatively little about the large communities that made this industry possible.   Each furnace operation, like the Fitchburg Furnace near Irvine, Kentucky (Fig. 5), was surrounded by a small town that had hundreds of residents.  Archival research on Fitchburg Furnace by archaeologist Dr. Kim McBride uncovered an 1895 photo showing remnants of the community that once supported the industry (Fig. 6). 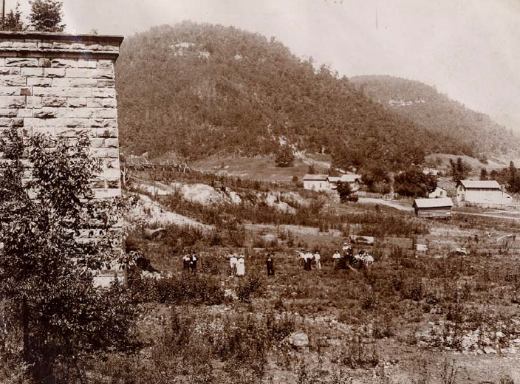 Fig. 6. Fitchburg Furnace remains (left) and remnant of iron-worker community (background) in an 1895 photograph from Filson Historical Society.  Published in 2012    by the University of Kentucky – Program for Archaeological Research, Report No.73.

Not only did iron workers and their families inhabit these towns, but a host of other businesses were present to support the iron industry.  For example, roads had to be built to transport people, goods and processed iron, and to extract and haul timber, iron ore, limestone for the furnaces.  Other industries such as agricultural production and raising livestock developed.  Businesses sprung up to sell food and everyday supplies.  Each community had hundreds of homes, a post office, places of worship, and cemeteries (Fig. 6).

In addition to the 1895 photograph shown above, several hints of the historic iron-working community at Fitchburg are still present today.  Across from the furnace structure (Fig. 6) stands a wood building that looks much like a barn today, but community members will tell you it was once the general store for the iron working community.  Down the road from this building and the furnace one can still see a two-story tall iron pole. Now surrounded by trees and covered in rust, this pole once held signage (or perhaps a flag?) for a building the no longer stands.   Between this pole and the former general store is an open field on the east side of the road.  Adjacent to the road is a series of low-rising undulations that hint at the location of buildings that once lined the “main street” of the iron worker’s community.  This empty field expands to the east until it touches the hillside where iron worker residences were once scattered about.  Though silent today, we know this locality and the surrounding hills were once filled with the sounds of hundreds of families working and living.  We know the remains of their everyday lives are scattered all over, and yet the stories of their personal, domestic lives remain silent to us because these were not recorded.  The stories of their lives will have to be excavated from the remains of residences and businesses that supported the iron industry.   Specialists in historical period like Dr. Kim McBride, who has studied the Fitchburg Furnace, have deep knowledge of the material culture, architecture, and other aspects of 19th century life.  Their expertise will be needed to bring these once vibrant communities back to life.

VISIT THE FURNACES!  Most of the early Kentucky iron furnaces were located in the eastern part of the state.  Today you can visit several furnace remains in the area.  Slate Furnace (Bourbon Iron Works) can be accessed from Exit 121 South (Owingsville); the remains are a small park on the right side of the road.  Clear Creek and Fitchburg Furnaces can be visited on the Daniel Boone National Forest, and are described here: https://www.fs.usda.gov/detail/dbnf/home/?cid=fsbdev3_032548    Finally, several furnaces can be visited in the Greenup County area.  For example, Buffalo Furnace at Greenbo Lake State park is a great example.

Join 61 other followers
Follow 30 Days of Kentucky Archaeology on WordPress.com