WHY IS ARCHAEOLOGY IMPORTANT?

We all know our world is increasingly interconnected. Basic items such as bread and milk can come from a couple states over, our clothing from the country north or south of ours, and even something as simple as a hammer sitting under your sink is manufactured in a country an ocean and several thousand miles away. Truly though, this type and scale of trading material goods is nothing new. Trade and exchange of intercontinental levels has existed for millennia, and archaeology shows us that over and over again.

For ages, humankind has traveled to far off places and traded with peoples who had already traveled thousands of miles to acquire items not native to their own geographical areas. Whether this be for certain types of volcanic rock to make better tools where volcanoes did not exist; colorful coral and shell beads for decoration by peoples in land-locked regions; or for grains, meats, or fruits not indigenous to their habitats; the search for novel and unique material goods is anything but rare.  Written histories of the ancient Greeks, Romans, Egyptians, and Chinese are some of the most prolific accounts of humans traveling in search of goods and resources—not to mention the wars fought for the acquisition and rights to those very same resources, or the mutually beneficial alliances formed over agreements of equal material exchanges.

These well-documented accounts, however, are the spotlights in millennia of prior exchanges. For some time now, for example, archaeologists have been trying to figure out just how extensive trade networks have been on the other half of the globe. People of the Pacific were navigating their way not only all over the Pacific Islands but also to the Americas in their distinctive, ocean-faring out-rigger canoes long before Columbus’ accidental discovery of the American continents. It is so exciting to discover what people around the globe were capable of far prior to our modern technological advancements, as well as compare what people were doing at the same time with different technologies, such as the out-rigger canoes’ journeys versus the size of Columbus’ Mayflower fleet. 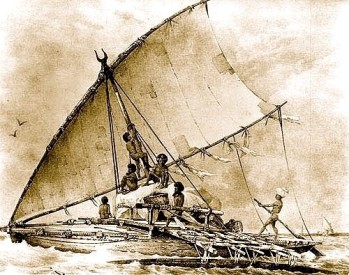 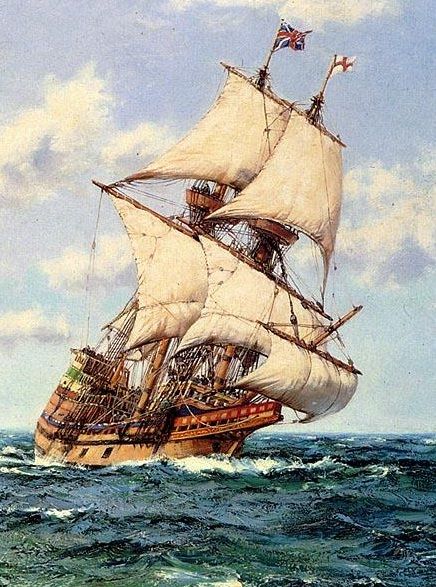 How does this relate to you and me today, though? As mentioned before, we cannot deny that we live in a globalist society; however, this concept of globalization is nothing new. While the world’s largest commodities of oil and coffee beans are swiftly traded over key boards, we cannot discount or ignore the efforts of our past that have brought us to today. Our ancestors have always been searching the corners of the Earth—it was just at a slower pace, with higher risks and rewards, and less documentation.

Archaeology is a humbling and awe-inspiring study. I believe it is safe to say that we—collectively—get excited, and even egotistical, over modern mans’ achievements. Let us all take a step back, however, and appreciate those of the past and their capabilities, stamina, knowledge of the world, and invaluable skillsets now mostly lost; the way-finding, ocean-traveling Pacific Islanders; those who built the pyramids; and even the pioneers who just a couple hundred years ago made the treacherous journey to the North American west coast in covered wagons.

We must ask ourselves, “Would we be able to do such things if transported back to those times?” There must be an appreciation for such things to presently better understand one another. We must not forget how far we—as a species—have come, nor should we forget that we are always repeating the pattern of survival, even today. This is why archaeology is important: it serves as the omnipresent reminder that even today, with our advanced technology, we are still no different than people millennia before us or our present day neighbors of other cultures and countries.

Join 61 other subscribers
Follow 30 Days of Kentucky Archaeology on WordPress.com