When is a pencil a really special find?

Pencils are not especially common artifacts to find in archaeological contexts, compared to say, things like window glass or nails, but they are also not rare.  The wood often preserves well, as does the lead.  In older contexts, pencils were often just shaped pieces of lead.  However, sometimes it is really exciting to find a pencil.

An example of this is in the context of deposits from the slave quarters at Ashland, the Henry Clay estate in Lexington, Kentucky.  Ashland likely some quarters from slaves close to the fields, and other close to the house.  Henry Clay and his family’s slave holdings were large, upwards of fifty enslaved persons.  The house stands today, and archaeological excavations not far from the house, just north of the formal gardens, revealed deposits that likely were from the slave quarters.  No intact architectural features have been found, but lots of artifacts that were likely pushed around when the formal garden was being constructed have been recovered in the 1950s. 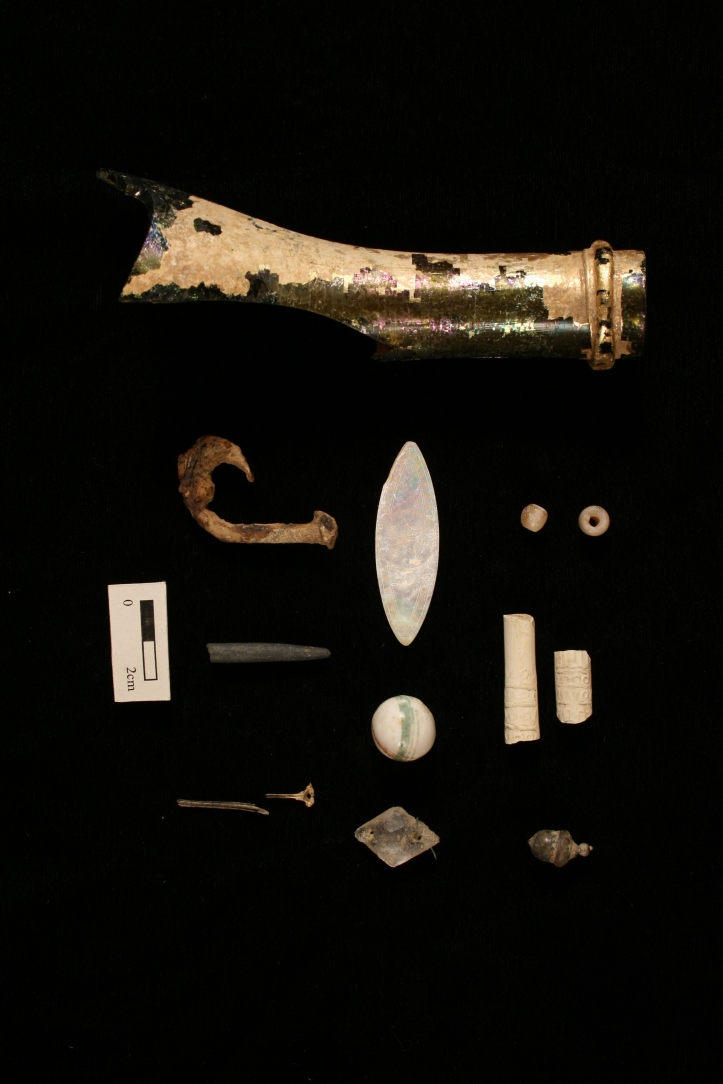 The photo shown here shows some of these artifacts found in the slave quarter area.  The variety is quite interesting, and includes items such as bottle glass, a nail, a mother-of pearl disk that may have been from a gambling game, beads, smoking pipe stems fragments, a marble, a ceramic finial, animal bone, a marble, and a pencil.  It is the pencil that we want to highlight here, because is suggests writing or record keeping among the slaves.  Literacy was not strictly forbidden by law in Kentucky, as it was in many slave states, but it still was not common.

The Kentucky Archaeological Survey will continue excavations in the slave quarter area on September 21 and 22, 2018, as part of the Living History event at Ashland.  September 22 is open to the general public, so please come by and see what else we might find!   For more information about Ashland, visit http://www.henryclay.org.

Join 61 other subscribers
Follow 30 Days of Kentucky Archaeology on WordPress.com